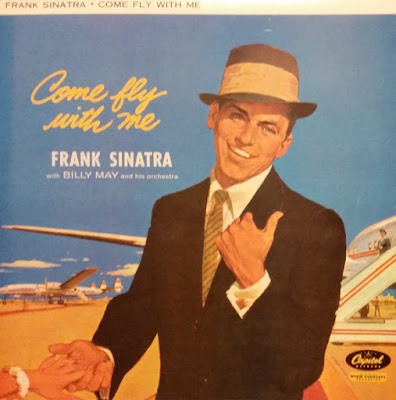 The opening track to this week's show, Around the World, comes from one of Frank Sinatra's best selling albums. Complete with its iconic artwork, although Mr S was less than impressed when he saw the proof. He felt it was more an advertisement for TWA than his recordings!

Released in January 1958, it held the top spot for five weeks in the Billboard charts.
Posted by Todd Gordon at 03:53