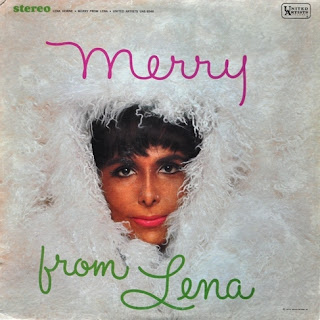 I thought it fitting to feature the cover of Lena Horne's Christmas album as the New Year will mark the centenary of the singer, dancer, actress and civil rights activist.

Recorded in 1966, it was her final release whilst under contract to Universal Records following which there was a four year gap until her next album, Lena & Gábor which teamed her with Hungarian jazz guitarist Gábor Szabó.
Posted by Todd Gordon at 01:24