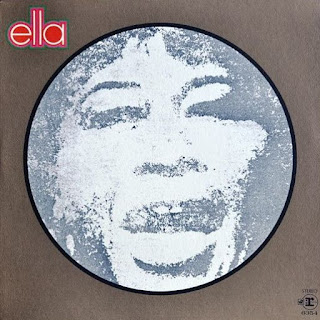 This album had a relatively short shelf life after its release in 1969. It was one of the few recordings Ella made in London, and one of two for Reprise Records.

Moreover, it was the only album of hers produced by Richard Perry and made during sessions at Olympic Sound Studios during May 26th-29th.

There were 10 songs on the release by the young crop of successful artists at the time including Lennon/McCartney, Smokey Robinson, Harry Nilsson, Randy Newman and Bacharach/David. An eleventh track was also recorded - Try a Little Bit (written by John B Sebastian) but only had a limited released as a single. 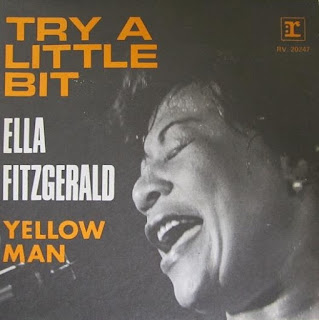 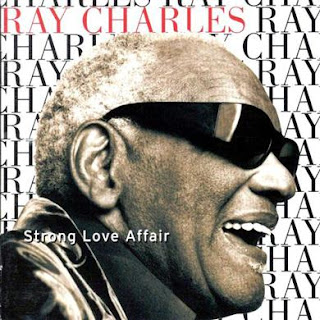 The immediately appealing song, Everybody's Handsome Child, which features in this wees playlist has a lyric written by the highly successful arranger and composer, Dr Richard Niles. I had the pleasure of working with Richard and, from his home in Los Angeles, he told me how the song came about...

"I was producing a record in Copenhagen for the American singer/songwriter Michael Ruff and his band. Michael had written songs for Bonnie Raitt and played keyboards for Ricki Lee Jones and Chaka Khan. His band included black American singer Leslie Smith who had come from LA to do the album. We all stayed in a large apartment that had been rented for us by the record label.

"The penultimate evening of recording I got a call from my friend Phil Spalding. I had written and played with him often. “Hey, Rich, I’m playing bass for this geezer Jean Pierre in Paris. He’s a mate of Ray Charles and Ray has asked him to produce his next album in Europe. He asked if I had any songs and I said, ‘Actually I have 3 songs I just wrote with my mate Richard Niles that would be perfect for Ray! We’re demoing them next week!”
"I told Phil I had been writing and had lots of ideas. We would get together on my return and write.
"When I hung up the phone, I saw Leslie standing in front of a mirror, all dressed up, about to go on a date with a “hot Dutch chick.” He was talking to himself in the mirror. “Boy, when you walk into that club looking’ so fine, you're gonna cause a commotion! You’re EVERYBODY’S handsome child!”
"That was it for me. I had the chorus for the song written in five minutes. I thought of Ray’s early songs, the ones he wrote himself like “I Got A Woman”, “This Little Girl Of Mine” and “Hallelujah I Love Her So”. He was, like Leslie, a young, confident lover, bragging about his… fans. I also had read Ray’s autobiography and knew he was an innovator, an iconoclast, a man who had to go his own way.
"So I wrote:
"I’m everybody’s handsome child
Kinda cute, but a little bit wild
What ‘cha gonna do with a boy like me?
Never do what I oughta ‘cause I gotta be free
You got my number all you’ gotta do is dial
‘Cause I’m everybody’s
everybody’s handsome child"
Posted by Todd Gordon at 10:38 No comments: 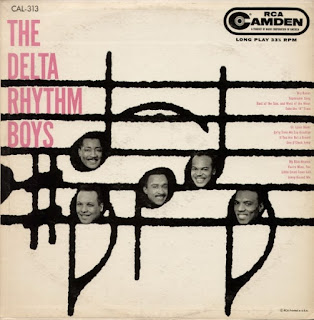 Here's a fine old sleeve for the album that contains the opening track - Dry Bones - on this week's program. Active for over 50 years, The Delta Rhythm Boys were formed at Langston's University in Oklahoma circa 1934.

They were a popular group who, in the 1940s, frequently appeared on radio shows, on Broadway and on film. In the 1950s, as their fame in the USA declined, they achieved considerable success in Europe, especially in Scandinavia, and moved to Europe in 1956 performing regularly until 1987.

Dry Bones - The Delta Rhythm Boys: The Delta Rhythm Boys
All of Me - Ella Fitzgerald & Nelson Riddle: Ella Swings Gently with Nelson (Bonus Track)
I See Your Face Before Me - Johnny Hartman: Remembering Madison County/Once In Every Life
Your Feet’s Too Big - Fats Waller: Fun with Fats
You Go to My Head - Dolores Gray: Warm Brandy
Satisfy Me One More Time - Frank Sinatra: Some Nice Things I’ve Missed
Spanish Eyes - Al Martino: Spanish Eyes
I Only Have Eyes for You - Carmen McRae: Live at Umbria Jazz
My Kind of Girl - Mark Murphy: Who Can I Turn To?
Cheek to Cheek - Clairdee: Music Moves
The Nearness of You - Bob Manning: Bob Manning Sings The Nearness of You
(You Gotta Have) Heart - Peggy Lee: Latin ala Lee
My Heart Stood Still - Tony Bennett: The Complete Improv Recordings
Lazy Bones - Marion Montgomery: For the Love of Mercer (Vol 2)
Autumn Leaves - Nat King Cole: Nat King Cole Sings For Two In Love
Body and Soul - Billie Holiday: The Lady Sings
The Man In the Looking Glass - Frank Sinatra: September of My Years