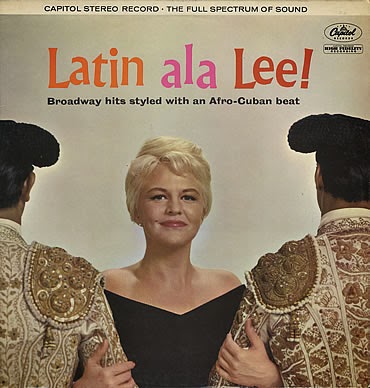 This week's program features a selection of three tracks from each of six excellent albums including this one, Latin ala Lee! Released in 1960, it won the Grammy for best album cover. It sold well and gave birth to a follow-up entitled, not surprisingly, Ole ala Lee!

Jack Marshall arranged the the first album, while Miss Lee's accompanist (from '58 to '61), Joe Harnell, did the arranging honours on the sequel.

Marshall is credited with the famous arrangement of Lee's major hit, Fever, although the singer came up with the idea of a really pared-down accompaniment. 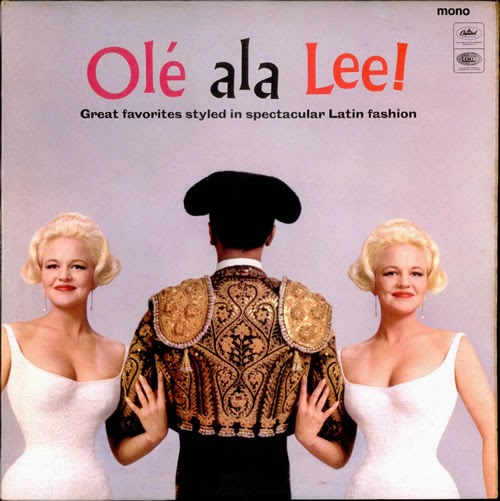