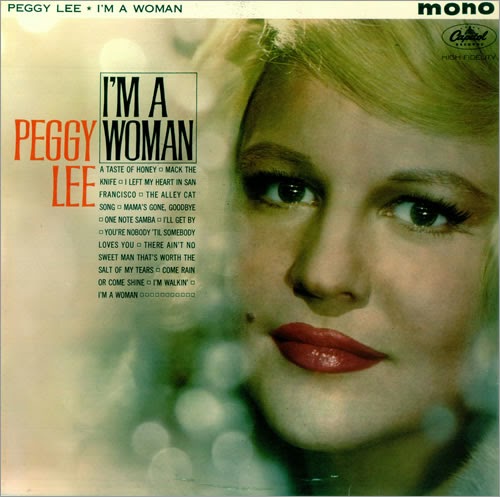 As we've featured two animal-related tracks by Peggy Lee in this show, here's there artwork from the respective albums. The Alley Cat Song was one of the best tracks on her I'm a Woman release and, of course, in keeping with the times, it found its way on to an EP as well as a single release. Ah, the record-buying heyday!

The other cover design was for the ambitious and commercially-challenged 1975 album: Mirrors. All selections, including Professor Hauptmann's Performing Dogs, were written by the great and highly successful team of Jerry Leiber and Mike Stoller. The artwork even had a hint of aluminium foil about it... Very reflective! 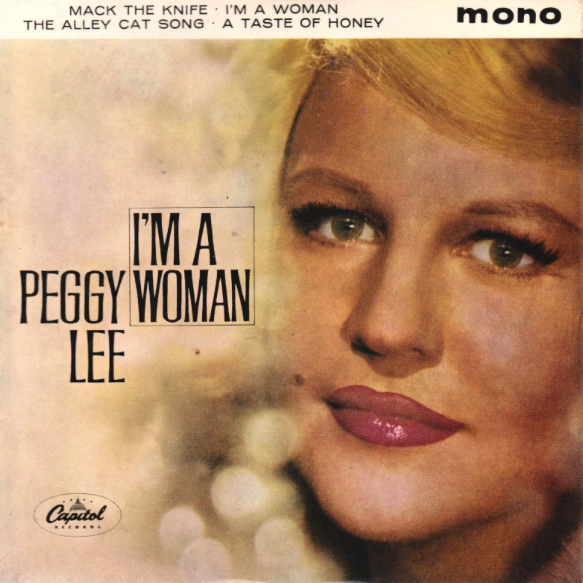 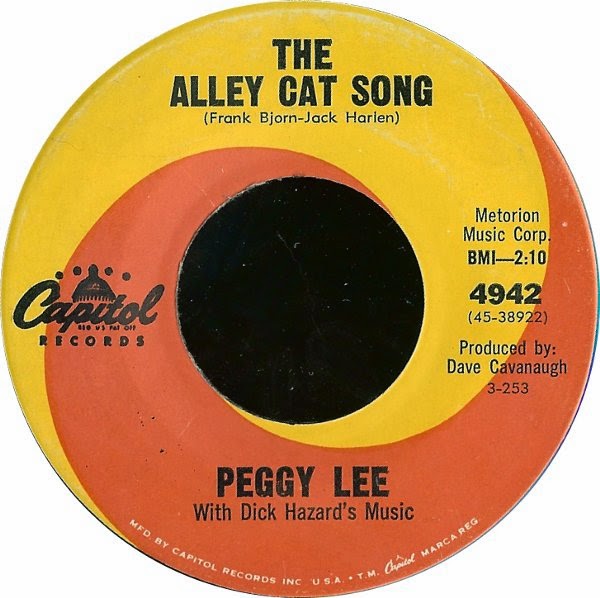 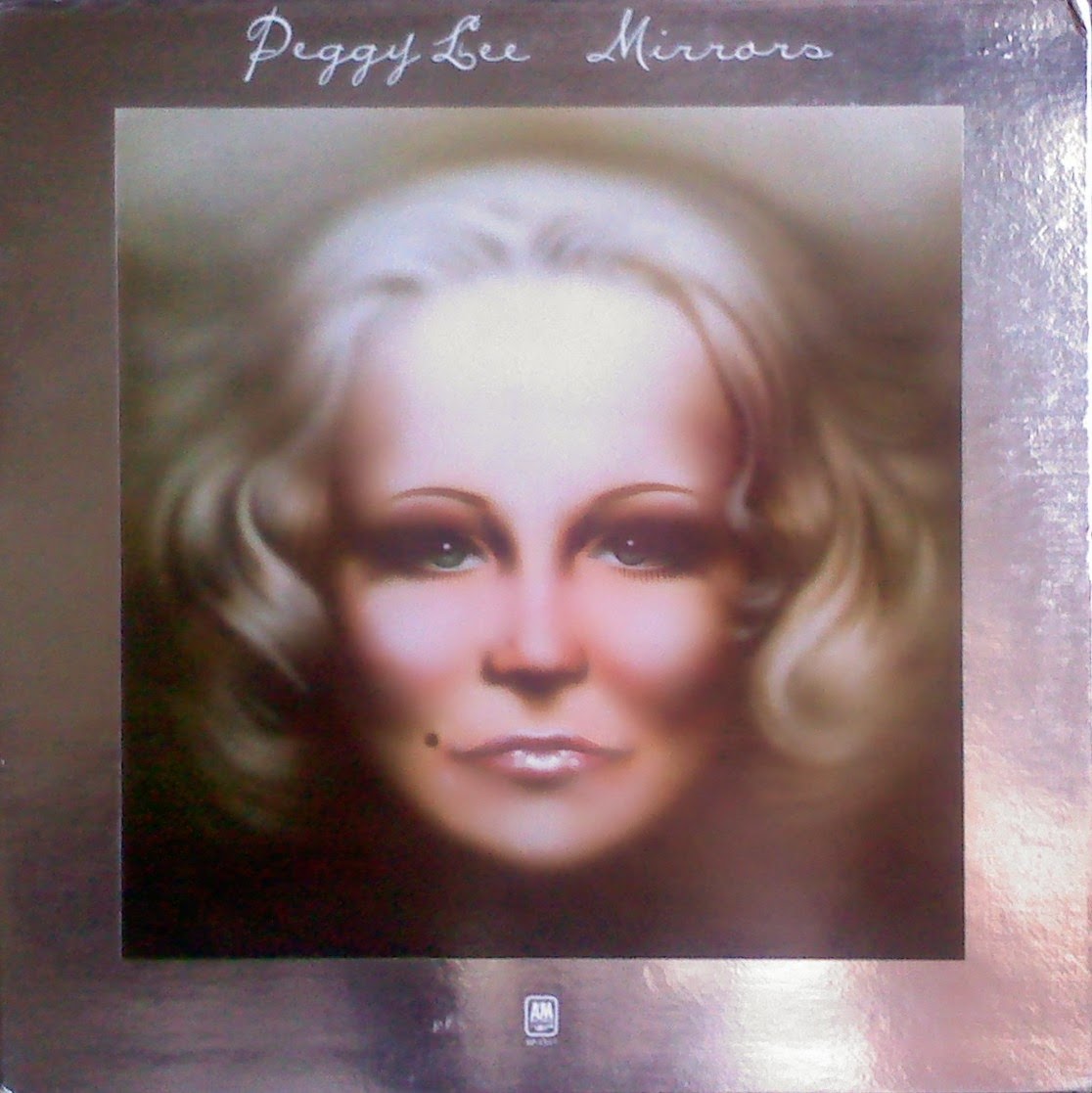