Stereophonic records made their first appearance in 1958. Using two separate channels, the effect was designed to give dimensionality to recordings. Initially, it was exploited as a gimmick, and early stereo records contained recordings of moving objects such as trains and racing cars, the sounds of which travelled dramatically from one speaker to another.

The 'Achoic Box' (pronounced 'ak-oy-ik'), sometimes called the 'Achiphon', was a compact stereo record player made by the British electronics company, Pye Ltd. It had six speakers facing sideways to give what the company claimed to be 'six feet of stereo separation' with the power to 'exploit a room's acoustic potentialities as they have never been exploited before'. It was advertised in conjunction with Pye's own record label as a machine through which their stereo releases could be most readily appreciated. Notable for its elegant design, the Achoic Box is emblematic of the 1960s. 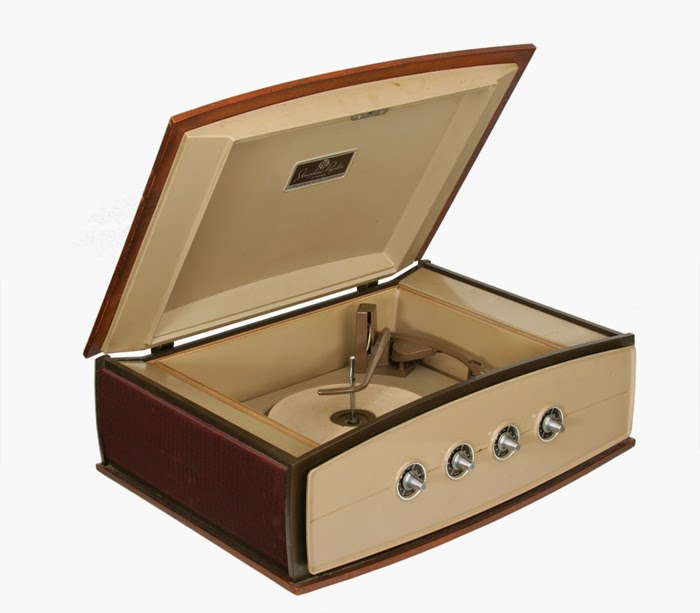 On a more personal note, it almost caused my parents to have a major fall-out. My mother was frustrated that my father was not enthusiastic about getting to grips with decorating or any other around-the-house jobs that needed attention. I vividly recall his coming home from the local "Craigleith Radio" store with this state-of-the-art machine. Cost in 1965: 69 guineas (£72.45 in today's currency and approx US$125) - a sum which could easily have paid a joiner, plumber and decorator to achieve quite a lot in those days!

I also remember the first single that graced our model: Herb Alpert's Spanish Flea (released on Pye Records and came free with the player). 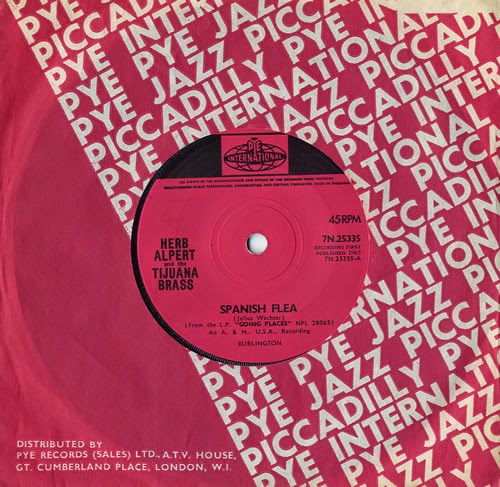 Even 50 years later, the design remains iconic. And it turned out to be a great investment for me and my early collection of LP records by Frank Sinatra, Ella Fitzgerald and other greats.
Posted by Todd Gordon at 11:04